I sent the following email today from proactiveindian@rediffmail.com to jbachchan@sansad.nic.in (Ms. Jaya Bachchan’s email id provided at http://www.archive.india.gov.in/govt/rajyasabhampbiodata.php?mpcode=1964). As stated in the email, I will publish the response from Ms. Jaya Bachchan if and when I receive it.

Subject: Your passionate speech in the Rajya Sabha about the 2012 Delhi gang rape

Madam, like all right-thinking persons, I agree wholeheartedly with you that women, in fact all citizens, do not want crocodile tears.

You pointed fingers at the present NDA Government and at the previous UPA Government. However, Madam, what is the track record of your own party, the Samajwadi Party, in matters pertaining to rape?

In April 2014, NDTV.COM reported that your party Chairman, Shri Mulayam Singh Yadav, ‘sparked outrage with his comments questioning the death sentence to three men who were convicted of two gang-rapes in Mumbai last week. “Should rape cases be punished with hanging? They are boys, they make mistakes,” he said today while campaigning for the national election.’ What is your comment on this outrageous statement?

On January 16, 2015, another NDTV.COM report on a 13-year-old girl who was gangraped in Lucknow in May 2005 stated that ‘Gaurav Shukla, the main accused, also happens to be the nephew of former Samajwadi Party Member of Legislative Council Arun Shukla. Mr Shukla had contested, and lost, the 2014 Lok Sabha elections on an SP ticket from Unnao ….. Soon after the incident, Gaurav claimed to be a juvenile, in a separate case filed by his co-accused against him. On the basis of this, the juvenile board declared him a juvenile in the gangrape case in October 2005.
Jalaj Gupta, the lawyer for the survivor, claimed that the accused used forged documents to hide his real age.
“We got a copy of the municipal birth certificate which shows his age was 18 years and two months at the time of the incident,” says Mr Gupta. But the accused produced a transfer certificate from a local school, claiming he was born in 1989, and was 16 at the time of the rape.’
Madam, you expressed outrage about the fact that Nirbhaya and her family have not yet got justice for over 2 years. What do you have to say about the fact that the rape survivor in the May 2005 case in Lucknow has not yet got justice for almost 10 years?

I look forward to your reply. I will be publishing the text of this email on my blog later today, and will also publish your response whenever I receive it.

A few days back, India Today reported that National Award winning child actor Shweta Basu Prasad was arrested in Hyderabad for allegedly being involved in a prostitution racket. The report further stated that “the actor released a statement in which she said she was out of money and had no other way to support her family,” and also stated that “The police said they have also arrested several well-known businessmen along with the actor.”

THE HOOT reports that “A journalist cannot publish the name of the rape victim in the report. If he does so he will violate the Norms of Journalist Conduct released by the Press Council of India. He will also be prosecuted under Section 228A of the Indian Penal Code and maybe punished with imprisonment which may extend to two years and shall also be liable to pay fine.”

In another case, a model in Mumbai has accused Deputy Inspector General of Police Sunil Paraskar of sexual assault and rape. This report by DNA mentions that the model and Paraskar “had heated arguments over the latter’s alleged closeness to model Poonam Pandey.”

This raises the following questions:

1. Isn’t it reasonable to expect that, until she is convicted, a woman who is allegedly involved in a prostitution racket is treated on par with a rape victim? This means Shweta Basu Prasad’s name should not have been published.

2. While Shweta’s name and details about the films she has acted in have been published, the names of the ‘several well-known businessmen’ who were arrested along with her have not been mentioned. Why this discrimination?

4. While the privacy of a rape victim is correctly protected, why is the name of the alleged rapist published? Isn’t it reasonable to expect that he should be treated as innocent until proven guilty? What if he is genuinely innocent and is being falsely implicated?

A few days back, I received the following WhatsApp message from a friend who is in her late forties:
In a few seconds, I’ll forward a ‘joke’ to you. The ‘joke’ itself is so disgusting, it makes my blood boil! What’s unbelievable is this ‘joke’ was sent to me and to other female friends of similar age by Sheila.
IMPORTANT: Please ensure Sheila doesn’t get to know that I sent you this crap and told you that she had sent it to me.

I was shocked! Sheila is the mother of a 22-year-old daughter. She had forwarded this ‘joke’ to women who are all in their forties or fifties and who have young daughters and/or daughters-in-law.

I don’t know whether the other recipients of this ‘joke’ enjoyed it or whether it made their blood boil. But I just couldn’t digest the fact that Sheila had forwarded it. I do not know her well, but I am acquainted with her. From my limited interaction with her, I had found her to be a sensible and well-mannered person, definitely not the kind of person who would have circulated this ‘joke’. I was itching to telephone her and ask her for an explanation, but I couldn’t do that due to the last line of my friend’s first message.

I think that Sheila either forwarded the ‘joke’ without really understanding it or without reading it, thinking she was doing something ‘cool’. In either case, she was being extremely irresponsible. Rape is definitely not a subject to be joked about.

A day later, I read this Firstpost report that “Karnataka Health Minister UT Khader has asked the District Health Officer of Dakshina Kannada to lodge a complaint with the cyber cell police in Bangalore against persons spreading rumours on social media claiming Ebola virus had entered the city.

Some people had spread a WhatsApp message last month that a student had died at the National Institute of Technology, Karnataka (NITK) at Suratkal, near Mangalore, after being infected with the Ebola virus, even after the doctors treating him confirmed that he died of lung disease.

Khader directed DHO HS Shivakumar to file a complaint to bring to book the pranksters who misused technology to create panic and confusion, officials here said.”

I completely support Mr. Khader’s action, provided it is not misused by the police or by politicians. In fact, I think concrete steps must be taken to control indiscriminate circulation of misinformation and/or insensitive ‘jokes’.

The fact that it costs nothing to send a WhatsApp message doesn’t mean one can circulate any crap!

Let’s not forget the name is WhatsApp, not WhatsCrap!

In recently discovered audio recordings, which date from 1983 to 1987, the lawyer, who is now a politician, “is heard laughing as she describes how she succeeded at getting her client a lighter sentence, despite suggesting she knew he was guilty.”

After hearing the audio recordings, the victim, who is now 52, said that the lawyer/politician “took me through hell.” She said that if she saw the lawyer/politician today she would say, “I realize the truth now, the heart of what you’ve done to me. And you are supposed to be for women? You call that [being] for women, what you done to me? And I heard you on tape laughing.”

The lawyer/politician is none other than Hillary Rodham Clinton, who was US Secretary of State from January 2009 to February 2013, and is expected to be the Democratic Party’s candidate for the 2016 US Presidential Election.

If this sounds unbelievable, please read this report for the details.

In early April 2014, Samajwadi Party chief Mulayam Singh Yadav opposed capital punishment for rape, saying, “Boys commit mistakes. Will they be hanged for rape?” (Read this Indian Express report for the full statement.) Other Indian politicians made similar statements about rape, either in response to Mulayam Singh Yadav’s statement or on their own initiative.

All right-thinking Indians, including me, were justifiably outraged by these statements. Many among us stated, explicitly or implicitly, that this kind of thing could happen only in India, with some claiming that it could only happen in a particular part of our country.

What do we have to say about the actions (in 1975) and the statement and laughter (from 1983 to 1987) regarding rape by a highly educated female politician aspiring to be “the most powerful person in the world”?

This post is not an attempt to gloat over these incidents in USA. It is only to remind ourselves that social ills, inefficiency, corruption, etc. can be found all over the world. While we must work on a war footing to improve the state of affairs in our own country, we should not let ourselves be weighed down by wrongly thinking that we are the only people plagued by these problems.

In “To sir, with love: University students to protest against prof’s wrongful suspension”, MID-DAY reported that around 1,000 students of Mumbai University had decided to miss class on January 08, 2014, protesting the suspension of Dr Neeraj Hatekar, a professor of Econometrics in the Economics Department at the University of Mumbai. Dr. Hatekar was suspended after he was part of a press conference in December, in which he reported the alleged mismanagement at the varsity and the deterioration of the university’s academic status.

In “Mumbai University is suffering for want of proper academic leadership”, The Times of India reports that Dr. Hatekar had alleged instances of the Vice-Chancellor’s attempts at perjury and false claims, and had exposed the V-C’s incapacity to govern an institution of the size and standard of Mumbai University.

According to his CV, available on Mumbai University’s website, Dr Neeraj Hatekar has been working with the University for 20 years. Since 2008, he has been a Professor. When a senior faculty member made serious allegations against the V-C, the Management Council should have looked into those allegations. If the MC had found the allegations false and/or frivolous and/or motivated, or if his allegations or the manner in which he made them constituted an act of indiscipline, Dr. Hatekar should have been issued a show-cause notice and given a chance to defend himself. Instead, the MC gave the VC their consent to use “emergency powers” to suspend the Professor.

However, Dr. Neeraj Hatekar has been declared guilty until proven innocent. He has “submitted a petition to the High Court, questioning the suspension order and asking for it to be revoked.” His students are supporting him in various ways. In addition to protesting, they have started a signature campaign, are planning to meet the state’s Governor, and are trying to garner the support of students from affiliated colleges. The AAP has supported Dr. Hatekar, but it’s not known how much impact their support will have.

Is there anything we can do, other than hoping that Dr. Neeraj Hatekar gets justice? 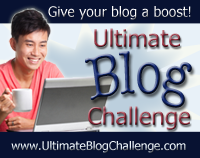